Reach Out and Touch 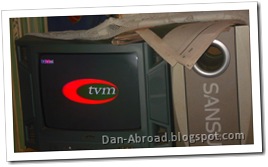 It's Sunday June 20th as I write this, and I’ve just finished eating dinner with my host mother and host cousin Aaron. Aaron turns on the TV because the second featurette in a series that the only public television station in the country, Malawi Television (TVM) has just started. The program is called Reach Out and Touch and the commentator tours around rural communities in a particular region of the country, this particular episode featured the northern region, and interviews people living in vulnerable situations such as child headed households, people in need of and without access to medical care and the elderly living in poverty without community support.

The program does not actively ask for donations to any particular fund or organization, but instead to the featured individuals directly. Bags of maize are bought to feed children, wheelchairs for the infirmed and hospital bills paid for those who are ill. The program is only broadcast in Malawi, and all donations come from fellow Malawians. It is interesting to see that, at a time when foreign NGOs such as EWB are running programs based on “building capacity” instead of building dependence and thus avoids hand-outs, the program created by Malawians to address their own country’s issues does the opposite.